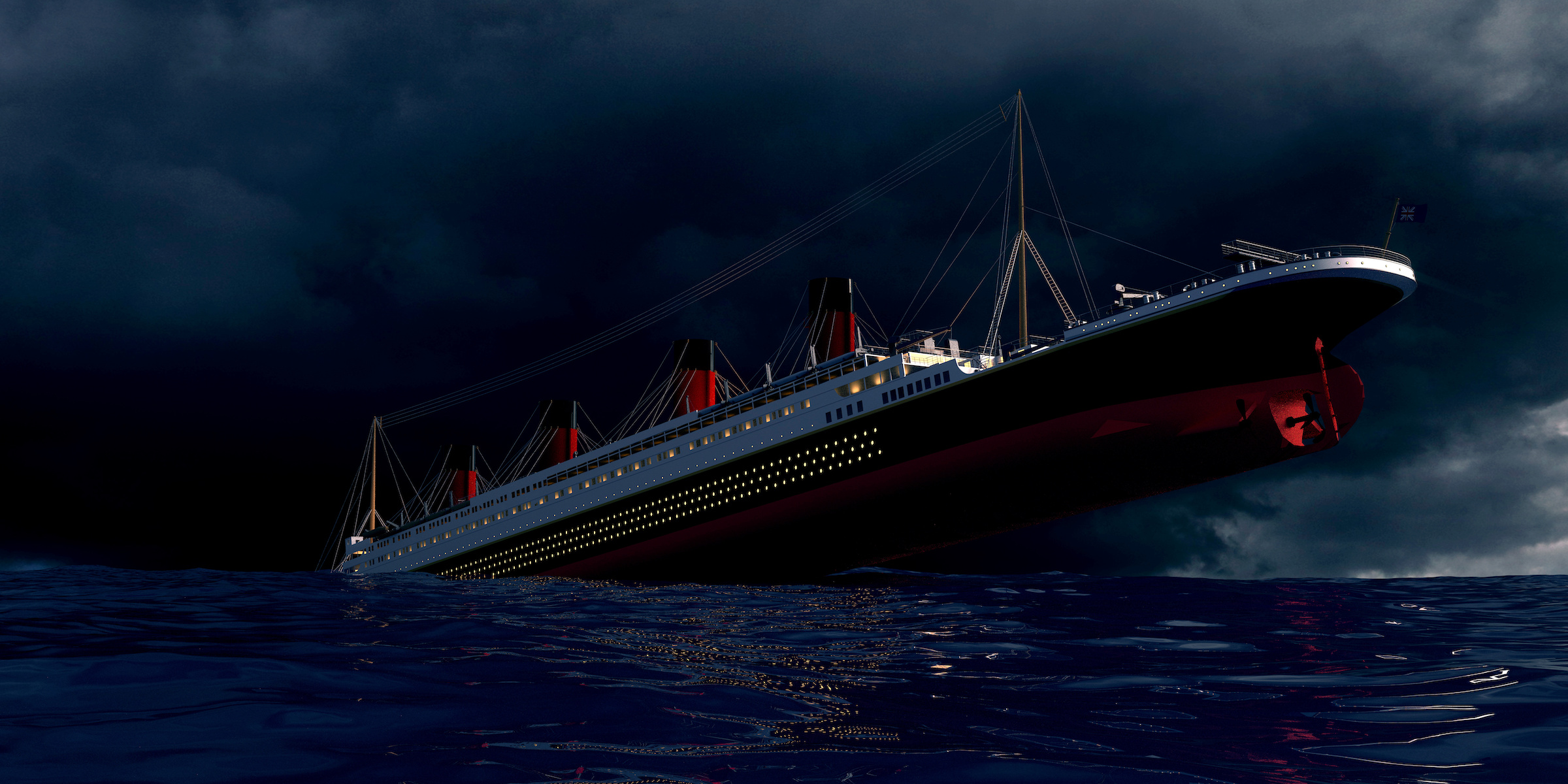 On April 14, 1912 at 11:40 p.m., the RMS Titanic[1] famously hit an iceberg and sank in the North Atlantic while on its maiden voyage from Southampton to New York City. An estimated 1,517 of the 2,228 passengers and crew aboard the Titanic[2] died that night, making it the deadliest peacetime maritime disaster for 75 years (until the 1987 sinking of the Dona Paz in the Philippines[3]). While the Titanic was lost, it has not been forgotten.[4] So, on the anniversary of its sinking, we thought we’d go back and look at all of the movies, documentaries, and TV series that have told her story over the years. What better reference to start with for a retrospective of Titanic movies than CruiseLineHistory.com?[5](Though, it must be admitted that Wikipedia does offer a more comprehensive, if somewhat less entertaining, list).

James Cameron’s 1997 three-hour epic, Titanic, may be the best known film to tell the Titanic’s story (it’s certainly the most financially successful, earning $2.2 billion at the box office), but the most accurate dramatic depiction is likely 1958’s A Night to Remember (scoring 9 out of 10 for historical accuracy according to Prof. Mark Glancy of Queen Mary University of London, vs. Titanic’s 6/10), and the most authentic is unquestionably Saved from the Titanic, released on May 14, 1912, just 29 days after the disaster. It was written by and starred Dorothy Gibson, a 22-year-old actress who survived the sinking (making it on the first lifeboat launched) and appeared in the film in the same clothes she wore when she was later picked up by the RMS Carpathia.[6]

In addition to numerous movies, there have also been three Titanic-themed television series. The 1996 mini-series Titanicwas the first film to correctly depict the ship breaking into two pieces before sinking.[7] Mixed in amongst all of the dramatic retellings and documentaries are several animated programs and even a couple of musicals, including The Unsinkable Molly Brown (1964), which tells the rags-to-riches life story of Titanic survivor Margaret “Molly” Brown. Molly gained her nickname thanks to her selfless efforts to help other Titanic victims, first aboard the Titanic as the lifeboats were being launched, then while in a lifeboat herself waiting for rescue, and again after being picked up by the Carpathia. While aboard the Carpathia, she even raised money among the first class passengers to benefit the less fortunate survivors.

So, if you’re ready to watch the Titanic sink (and even rise) again, you have many fine options.

[1] “RMS” stands for Royal Mail Ship, indicating that the Titanic, along with its Olympic-class sister ships the RMS Olympic and RMS Britannic, carried cargo under contract from the UK’s Royal Mail.

[3] The Dona Paz was a passenger ferry traveling between Leyte and Manila when it struck an oil tanker in the Tablas Strait, burned, and sank, killing as many as 4,000 people.

[4] Technically, it has also been found: in 1985 by a French-American search team led by Robert Ballard.

[5] Billed as “The Past and Now”, CruiseLineHistory.com is travel-themed Web site launched in 2008 by Michael L. Grace – appropriately enough, a former writer for the TV series The Love Boat (1977–1986).

[6] The RMS Carpathia, operated by Cunard Line, competitors of Titanic’s White Star Line, was the first ship to respond to Titanic’s radio distress call, despite the fact that SS Californian was closer, but ignored the Titanic’s call.

[7] Survivor accounts were inconsistent on this point, and it wasn’t until the wreckage was found in 1985 that historians could be certain that the ship split before it sank in two pieces, now resting 600m (⅓ of a mile) apart.