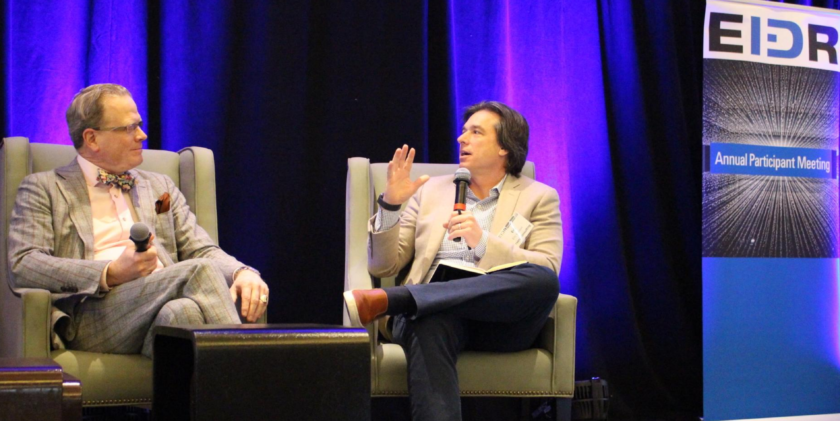 LOS ANGELES — The latest significant stack improvement to EIDR, EIDR 2.5, will launch on Saturday, April 25, bringing with it reliability and resilience for both registry and de-duplication, 100% compatibility with the current installed base, and significant performance improvement, EIDR executives announced, following an unveiling during the EIDR Annual Participant Meeting.

“We’re looking a very smooth, even transition,” said Richard Kroon, technical director for EIDR, adding that one of the main advances for EIDR 2.5 is having the platform moved completely to the cloud. “Our security level had increased dramatically with this improvement.”

He said that one the concerns that always exists with a platform upgrade is that the new system won’t be able to accommodate the way things previously were done … but if anything, things like EIDR’s manual review system is more improved and everything has become more efficient. EIDR members can do compatibility testing of their own March 11-31, with web UI, command line tools, REST API, Java SDK, .NET SDK and bulk spreadsheet options all available, Kroon said.

“Throw anything you want at the platform to make sure it works,” he told a full room of EIDR participants.

Kip Welch, EIDR’s executive director, said EIDR 2.5 serves as “a threshold requirement” for the eventual EIDR 3.0 offering, which will have EIDR operating at an automated scale, specifically around core issues that require increased collaboration, including de-duplication-as-a-service, increased ISAN inoperability, and talent and venue ID capabilities.

“We carved out 2.5 and delivered it. We’re going to add more value to the registry platform,” he said. “Putting together a talent registry is something we’re thinking a lot about. As soon as we get 2.5 out the door, stable, we’ll turn our attention to get other items done.