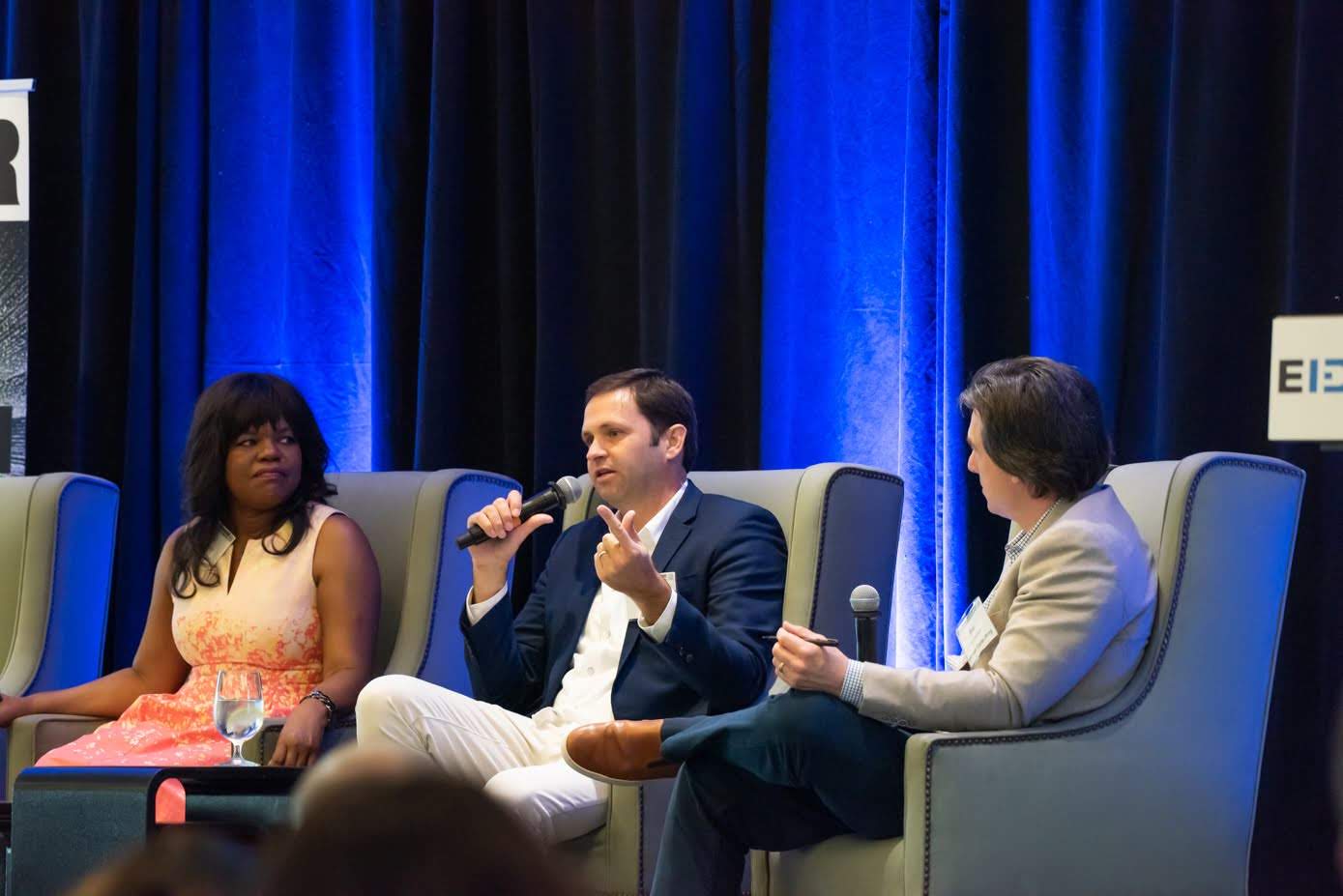 The Entertainment Identifier Registry (EIDR) board has a plan for achieving 100% title registration by the end of 2020. That means all new content being released from each participant company will have an EIDR tag, regardless of who created it or where it falls in the supply chain.

Achieving “100 percent registration of current content … is the most important thing to me right now,” Bill Kotzman, partner product manager of TV and film at Google, and chairman of the EIDR Board, said during the session “Together to 100%” at the March EIDR Annual Participant Meeting in Los Angeles.

During the interactive session he and EIDR board member Alicia Tolbert, director of media archive operations and global title management at NBCUniversal, discussed the campaign to achieve 100% registration and the key metrics that will be compiled and utilized to track progress.

The initial goal is to “try to stop gaps from existing in the database and from getting low-quality data in the database” on current film and TV titles, Kotzman, said, adding: “As long as we nail [it] for all current television and current movies coming in, then we’re kind of stopping the bleeding.

“Then we have [the] ability to actually go back and clean up the existing registry and clean up that catalog,” he said. “Every time we had a miss [in the past], where we weren’t at 100 percent, we did root cause analysis and tried to understand what was going on there … we want to do the same thing here.”

After reaching 100% on current content, “the next goal once you have that coverage is distribution of those IDs to the distribution end points,” he said, adding: “As a retailer, I want to get those IDs in all the feeds.”

And he stressed that it is always best to get film and TV content registered quickly because “the value of a registration goes way up the earlier it is.”

Asked if achieving 100% registration is doable, Tolbert replied with a “qualified yes.” Pointing to her own company’s content, she noted that it goes back 100 years and sometimes metadata is just not available. EIDR does not want to give inaccurate data, so “it’s a challenge,” she said.

It’s helpful at her company to separate the goals between library content and new/ongoing content buckets, she said, pointing out how much more challenging it is to get info for library content. Not included is “ephemeral content” including news, she noted.

“You need someone who is accountable for the ownership of getting these registered because you can talk all day about the benefits — and we know that they are multiple, particularly early on,” she said. However, she explained: “I think if you really do want quality and volume you have to have someone who owns it. And I know that that’s tough. I know that headcount is decreasing. But that’s kind of the only way it’s going to work.”

Following the on-stage discussion, EIDR event attendees broke up into smaller groups to offer suggestions on how EIDR can achieve the critical 100% milestone throughout the film and TV community.

Table feedback came for three different questions. Asked what EIDR needs to do to get to 100% registration, suggestions included: Socializing with other organizations (not content creators), application programming interface integration of EIDR with enterprise resource planning (ERP) and content management systems (CMS), making it a requirement for creators at some point in the workflow, and making it mandatory for U.S. copyright submission.

Asked what success looks like in 2020, attendees said: Version 2.5 first but 3.0 progress is made; a Master ID Rosetta Stone; building awareness within business units at organizations; identifying a lead or “czar,” as Tolbert suggested; involve marketing; enabling and encouraging third-party registration services; grow EIDR users at the company level; make EIDR easier to understand; and define scope and socialize.