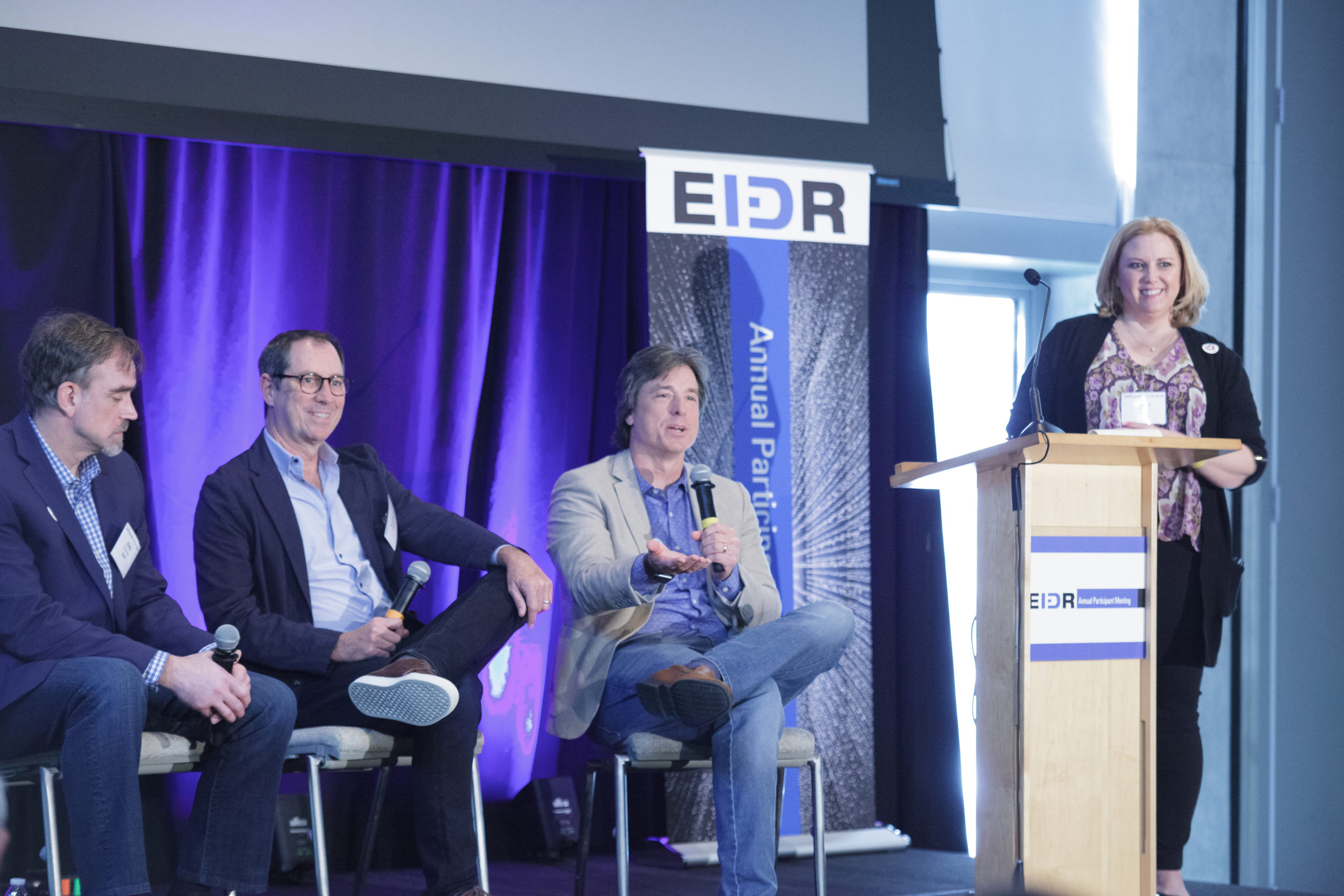 On March 10, the Entertainment Identifier Registry (EIDR) kicked off its Annual Participant Meeting (APM), held in conjunction with the Smart Content Summit in Los Angeles, by providing an outline of EIDR’s strategic vision for collaboration this year and beyond.

During the “Introduction of the 2022 Board of Directors” session, the board, some of whom attended in person while others appeared via live video, also addressed some industry trends and challenges.

Finding librarians to handle metadata has been one such challenge, according to moderator Hollie Choi, EIDR executive director, who noted they need the right tools to do their jobs.

That search has become a “pet project” for her and Sarah Nix, senior director, Archives & Global Data Governance at Paramount Global, and an EIDR board member, Choi said.

The two of them brainstormed how they can forge a partnership with young librarians, according to Nix, who noted the librarians can help with registration and other EIDR work. It will be mutually beneficial for the librarians, she said, noting it will help many of them build their careers.

“I’m really excited to work on that this year and hopefully we can get that kicked off and we’ll have some amazing announcement this time next year for everyone, if not sooner,” said Nix, who spoke remotely via video.

Noting she has been on the EIDR board a little over one year, she noted it has seen a lot of change but the organization has a “strong leadership team and I think we have a really great path forward.”

Streaming has been a “huge focus” for her company, Paramount, which has been “leveraging” EIDR’s services “to ensure that we’ve got everything where it needs to be,” said Nix, whose cat made a cameo appearance during the session

Among the positive developments she mentioned was the fact that she and others at EIDR don’t have to explain what EIDR is anymore because many people are now aware of it and what it does, she said.

Pointing to other changes that have been seen in the past few years, Greg Geier, SVP, Title Stewardship, Systems & Workflow at Sony Pictures, and EIDR president, recalled: “If we looked at this board four or five years ago, we were really looking at people that were managing metadata, and then it kind of seeped into distribution” and then it shifted to what was being done on platforms.

Noting he has been on the board about 3-4 years, Geier, who has a post-production background, said: “One of the things that we’re trying to bring to the table as well is [the industry ID is] not something that you tag at the very end of your journey. It’s how can you start to bring that further into the supply chain…. As a studio, we’ve broken it down to kind of three different functions: It’s how we acquire content — and that can be how we create it or purchase content, how we manage content and how we distribute content. And I think that the thing that’s really exciting for me is that EIDR plays a role in each and every one of those areas.” 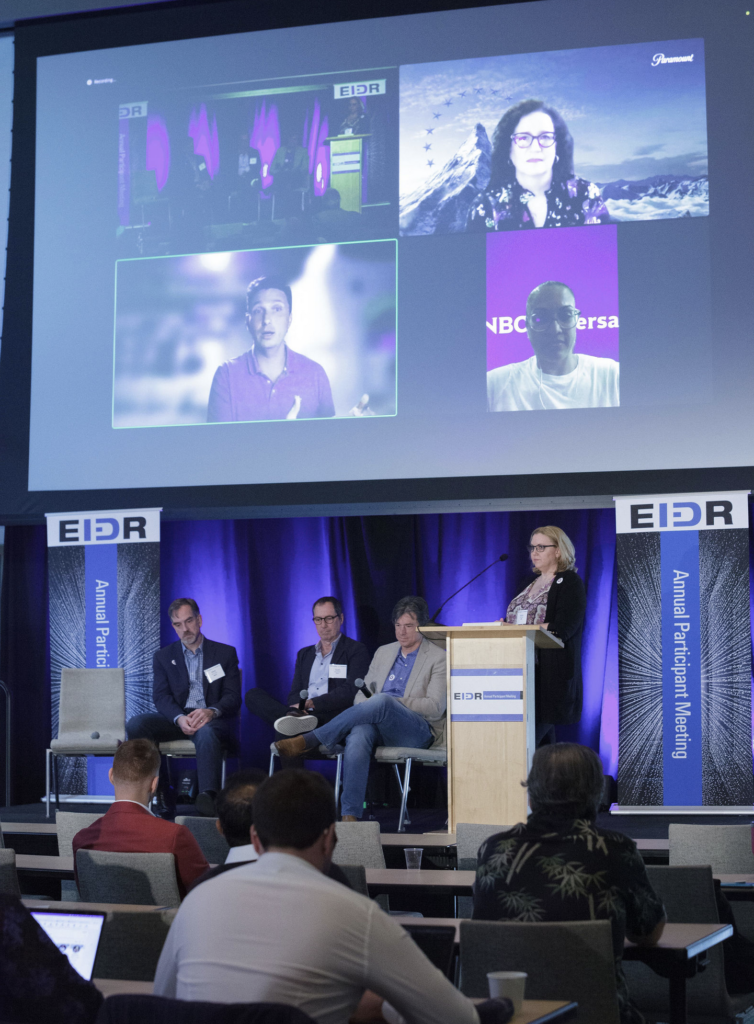 EIDR has also become easier to explain to people, Geier said, agreeing with . In the past, as soon as you used the word metadata in a conversation, “you might as well throw the word nerd on top of your forehead and call it a day,” he recalled. But metadata “has become much more tangible for leadership to understand and that makes this story much easier to tell” now, he added.

Automation, meanwhile, has been useful because it’s made the registration process much easier, he said. It had been a “daunting task” before automation, he noted. He compared it to how simple it is to stream a movie now instead of having to go rent a movie at a video rental store as in years past.

Meanwhile, “over the last couple of years, with the amount of remote production that’s been happening and the amount of global production that’s going to be happening, I think now is kind of the time to actually start being able to move some of that [identification], for a whole bunch of reasons, into” more workflows, according to Eric Iverson, head of product at Amazon Studios, and another EIDR board member.

Also pointing to the changes that have been seen in recent years, Scott Maddux, VP, business development at Xperi, where he focuses on AVOD and the fast channel side of the business, said he has held an EIDR board seat for five years, as part of Rovi, TiVo and now their parent company, Xperi, and has “seen a lot of transition” during that time.

“The EIDR board is in its strongest place ever now and I also think, as an industry, we’re in a really interesting place, with EIDR well-positioned,” Maddux said.

“We started with a focus on studios and broadcast networks and cable and pay TV,” he recalled. But he added: “The pandemic has compressed all of that and I think the lens that we really look through now is more streaming-oriented than anything and the board reflects that. So the studios and networks are here. But now we [also] have Paramount Plus [and] Disney Plus and HBO Max. These are the entities moving the needle in a big way. So we’ve got all the right stakeholders here to support EIDR moving forward.”

Pointing to one more transition, he noted that he will soon be stepping down from the board and will be replaced by Chris Steck, senior director of technology, strategy and standards at Xperi. Steck and the Xperi team “will be looking for ways to expand the EIDR relationship” after making “a lot of progress,” Maddux said.

Also taking part in the session was Ronda Haralson, technical operations director, Global Title Management at NBCUniversal, who noted she’s one of the newest members of the EIDR board, overseeing title governance and metadata strategies.