“During the development of our standards, we recognized – and it’s quite obvious to most of us – that identifiers are actually a very good thing,” Niels Rump, DDEX secretariat, said during the Data, Innovation & Collaboration breakout session “Coming Soon to a Value Chain Near You: Venue ID” that was part of the April 13 EIDR Annual Participant Meeting. The session presented the preparatory work already under way for Venue ID.

“That is where DDEX and EIDR came together – so that we can actually look at it from a cross-media perspective,” he said, noting they realized they faced the same issue.

By identification of venues, he explained that he was referring to identifying and describing where media is being created. “We’re talking about recording studios, including anybody’s bedroom” now and film sets and locations, and even the cubicle he was sitting at during the webcast, he pointed out.

It’s also looking at where music is being performed and consumed, including music clubs, concert halls and movie theaters, he said.

Explaining why it’s important to do this, he said that, for search and discovery to provide a “rich user experience,” the rights of contributors to music can depend on the place of recording. Also, commercial arrangements may be limited to a specific venue and it’s also important to document the place of use, he said.

“We need, of course, for any good identification system, reference core metadata sets and that starts with a name and the location of the venue,” he pointed out. That includes street addresses and even sub-units of street addresses and their floors, he noted. Also needed are a geopolitical descriptor (such as California, London or New Zealand) and the name of a well-defined venue even if it doesn’t have an actual street address, as well as other equivalent data, he said.

“We also need to be able to link to existing identification schemes for locations and venues,” he told viewers.

“We also need to allow venues to link to other venues,” such as different Abbey Road studios, he said, adding: “These kind of links between venues need to be able to be expressed in the core metadata.”

Additionally, “last but not least, there is one thing that makes the whole thing quite interesting” and that’s the dates of operation, he said. Maybe a venue has changed from a punk venue to a jazz club, he noted, pointing out that would be considered a different venue even if it is the same physical place.

So all of that is “roughly what we’re trying to achieve,” he said. 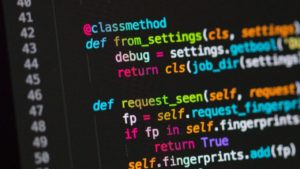 “The status quo is going to remind a lot of you about what the audio visual space was like before EIDR,” according to Raymond Drewry, VP of Europe, the Middle East and Africa (EMEA) operations and principal scientist at MovieLabs, an EIDR member company. “There’s no interoperable venue ID and no interoperable metadata,” he said.

The organizations have “started collecting initial requirements, mostly around metadata and other things like the ID must be resolvable by anyone, the same way EIDR IDs are,” he explained. “And we’ve done some technical scoping” as part of their work to get “something available for the wider audience to take a look at and comment on,” he told viewers.

“We’ll be ready for a broader review in 2021 and there are two parts of that,” he noted. One part is for companies to look at Venue ID and hopefully say that it would work for them and they can use Venue ID, he said.

Then, based on what was learned at EIDR, the “second important part is sample data… to make sure your model is adequate, to make sure your deduplication works and that sort of thing,” he said, adding: “We can look forward to that later this year.”

However, he went on to say: “At its core, it’s a very EIDR-like thing, which is a resolvable identifier with minimum standard metadata and lots of links to other identifiers that represent the same thing. So it’s actually a pretty good fit for the EIDR way of thought and there are projects outside of distribution earlier in the production chain that need things like location identifiers.”

Venue ID is a “natural extension to the kinds of services EIDR provides now,” he said.