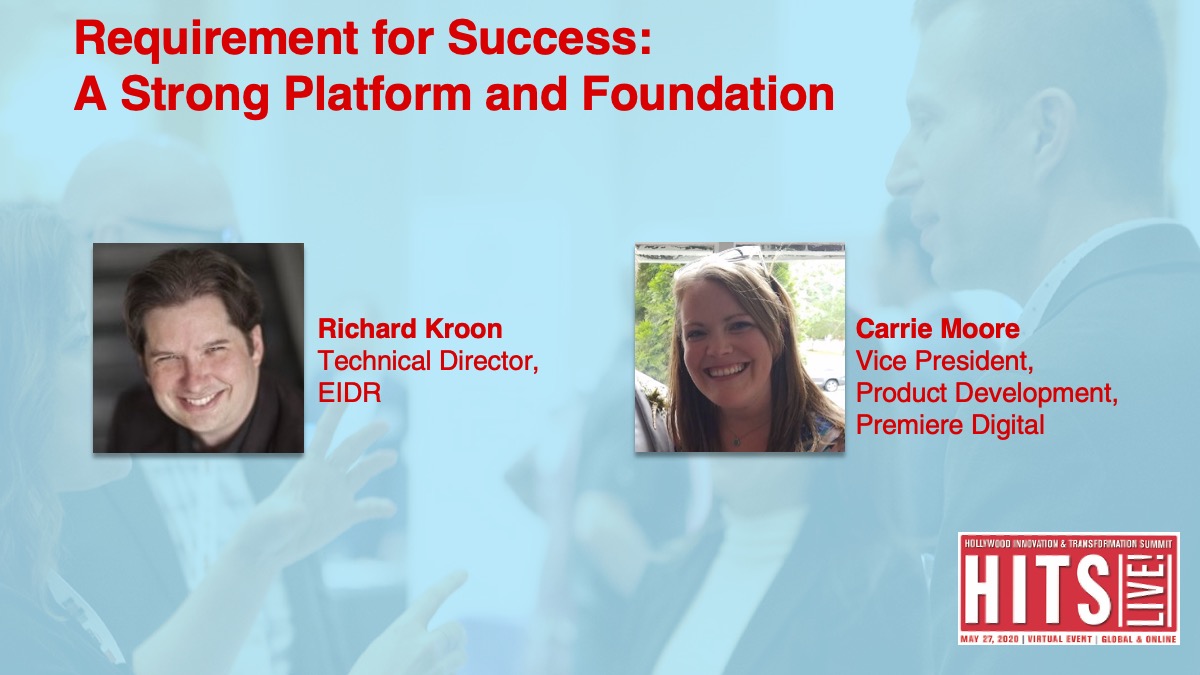 During the late-May Hollywood Innovation and Transformation Summit (HITS) Live event, EIDR technical director Richard Kroon put the state of the Entertainment ID Registry succinctly: it’s both the best-kept and worst-kept secret in the media and entertainment world.

In its decade of existence, EIDR has now generated more than 2.2 million unique EIDR IDs, with media and entertainment users from more than 100 different countries using the unique identifier system to identify the full spectrum of audio-visual objects. It’s a well-known resource, Kroon said.

But, even with the recent, successful launch of EIDR 2.5 — a major platform update and improvement program, one that will eventually lead to the decade-forward-looking EIDR 3.0 revamp — not everyone in the international M&E space has embraced EIDR and all of its far-reaching benefits, Kroon said.

“We want everyone to know about it, everyone to use it, and realize it’s an advantage for all,” he added.

Kroon’s HITS discussion with Carrie Moore, VP of product development for Premiere Digital — “Requirement for Success: A Strong Platform and Foundation” — delved into the technology and process improvements delivered with EIDR 2.5, the performance metrics that will measure future enhancements, and the initiatives being considered for EIDR’s future.

EIDR 2.5 is offering expanded reliability and resilience for registry and de-deduplication, 100% compatibility with the installed base, upgraded performance improvement allowing for 6,500 match transactions every five minutes, and more.

And less than a month after EIDR 2.5 hit the scene, a May 22 update improved the upgrade even more, with improved automated response for numbered episodes, refined scoring for records with mismatched actor lists, and a streamlined alternate ID update process.