All for-profit organizations are measured upon their growth year over year but, at some point, sustainable growth can feel elusive, particularly when factoring in the massive scale required in the media and entertainment industry now.

During the Standards + Automation breakout session “How Standards Lead to Sustainable Growth” at the Hollywood Innovation and Transformation Summit (HITS) on May 19, Hollie Choi, executive director of the Entertainment Identifier Registry (EIDR), connected the dots between sustainable growth and standards.

“Things are changing at EIDR all the time,” she said at the start of the session. “But one of the things that I continuously feel like I get asked is ‘I have an executive who does not understand why standards matter or doesn’t understand why we should be part of EIDR and how do I explain it to them?’”

Choi conceded that is “a little hard” because standards and sustainable growth, “which is what your CEO is being measured on … don’t really seem to connect: But they do, and so I’ll show you how that works.”

She then turned to what she called a “fun quote because you’re supposed to do that, right, when you do a presentation?” she joked.

The quote: “So your mind is a garden. Your thoughts are the seeds. The harvest can either be flowers or weeds.”

Choi joked that “really should read: ‘Your businesses is a garden. Your data are the seeds. The harvest can either be flowers or weeds.’ And so this is Holly Choi ripping off Williams Wadsworth.”

Explaining the process, she said: “You start off at greenlight and the title gets entered into some systems. Some of the information is known. Now we recommend that you register with EIDR right then because you can start to use the ID to track through the production cycle, where as you start to produce the content, you’re going to know who the director is now you’re going to know who the cast and crew are.”

Conceding there are maybe “5,000 steps in between these,” Choi noted she was oversimplifying the process “on purpose.” 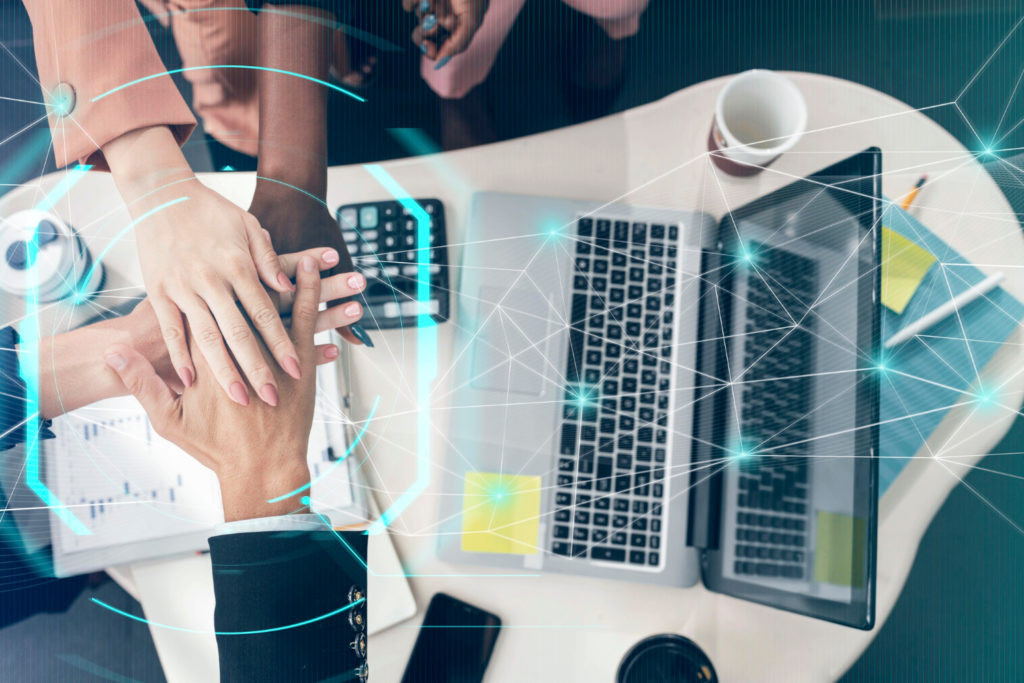 Moving on, she pointed out: “Then you move into post-production and there’s some editing that goes on and they get all of the planning … happening in the background and then distribution plans start … so they know which territories are we going to release in – how far across the world are we going to send this?”

Meanwhile, the distributors are “planning their exhibitions, and then they … provide access on platforms like Google Play or the [Apple] App Store and so on,” she said. “All throughout that process, the performance is being tracked. Now, when you start moving your titles into other territories, you start getting different versions.”

As a result, she said: “It’s hard to know. Did this version make this much money? Unless you have a unique identifier that is following that [piece of content] all the way through” you can’t be sure “because you lose some of that control when you hand it off to a distributor.”

Now, “if they’re using the same identifier you are, it’s easy to tie that back,” she noted. On the other hand, she said: “If they use their own identifier and you have to somehow figure out how to map your identifier to their identifier, it starts to get a lot more complicated because [of] just the sheer volume of how many of these distributors you’re working with.”

From there, she pointed out, it can get even more complicated: “Then you move into secondary distribution channels. So you’re putting it on to other platforms, pay per view and some of the streaming services like Amazon Prime Video. And then finally your assets are in the archive and it may start over. You may rerelease that thing through this supply chain over again. If you have an EIDR on it, that identifier is unique and persistent throughout any amount of times that you go through this cycle.”

Having a unique identifier like EIDR’s provides an additional plus for content makers, she said: “It also allows you to automate a lot of that process because, if you think about it, through each one of these steps, how many people are involved at any given point in this? And if they have to continuously look things up, try to identify your asset and try to identify which version did I get every time … anybody who’s in any one of these jobs has to touch that asset to figure it out, it costs you money and it costs you time.”

One “really cool thing that we learned from [the] folks over at Google Play was … they did an internal study to determine what kind of lag are we talking about really. If somebody has to touch that content to identify it or find out who the director was or put metadata into a system every time a person touches the content, it costs them a dollar,” she pointed out.

Choi told attendees to “imagine how many hands [a title] might go through before it shows up on Google Play.” But she said: “What was really compelling was that they built in automations so that if you deliver content to them without an EIDR on it, it can take up to … two or three months to get it up on Google Play in a really bad scenario. In a good scenario, they’ve got the EIDR; everything’s clicking. [With] automation, they can have it on the platform in 12 minutes. So it’s months to minutes is what the difference is between not using EIDR and using EIDR.”

So What Do You Tell Execs?

To explain all this to an executive who doesn’t understand why standards equal sustainable growth, she said: “First, standards like EIDR are providing a solid foundation and a root system. So if you’ve ever planted things,” you have to develop that root system so that everyone using the same data and standards for identification and sharing will be able to build their digital supply chains on it.

However, she warned, that “in order for this to work, you need” one more component: “Good governance, which means someone has to own this little plant that we’re growing. They have to trim the little dead leaves off and make sure that it’s watered every day. So that’s what governance really is. That means there’s a group or a person or people that own the data.”

Concluding, she said: “Once you have that governance in place, you’re able to design repeatable processes and a repeatable process is one that doesn’t require a lot of human intervention. It just works because there aren’t a lot of drop-offs; everything can be automated. So once you have that repeatable process, you can automate a repeatable process. The less human intervention, the fewer mistakes, the fewer errors that you get and automation will lead you to scalability, which is the cornerstone of sustainable growth…. If you talk to an executive, they do understand scale, and they do understand that that’s what leads to sustainable growth in an organization, which is how they get measured. So that’s sort of how you kind of take somebody who doesn’t understand why the standards are so important and explain to them how that leads them into a sustainable growth model.”