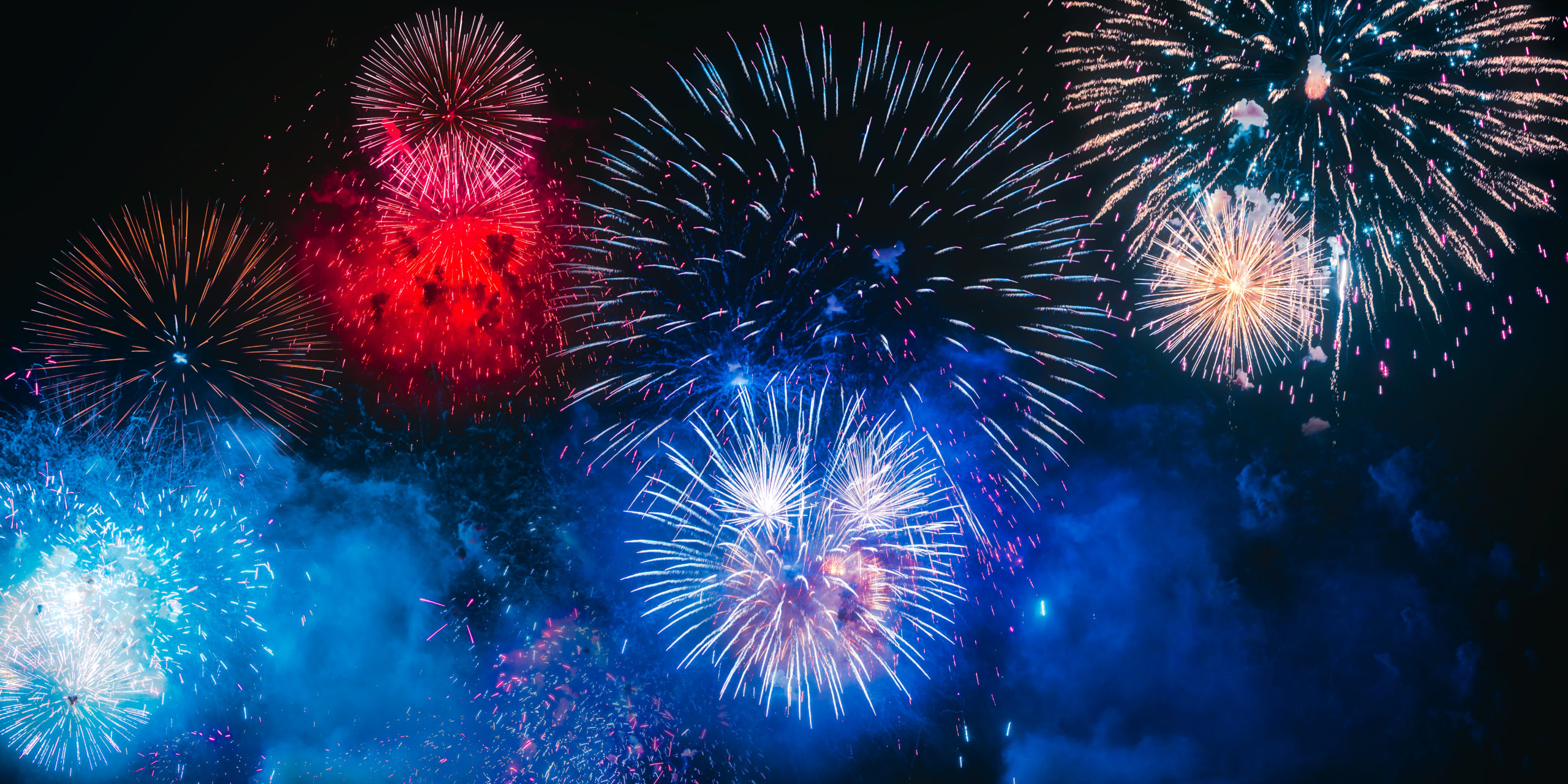 The Revolution Can Be Televised

On the Fourth of July each year, Americans mark a solemn observation of the time when our ancestors overthrew the crushing yoke of foreign imperialism in the traditional American way: with an excess of beer, explosives, and meat cooked over an open fire. In the mid-18th century, most people in England would have agreed that the American Colonies were revolting, but in the summer of 1776 that became a documented fact with the approval and signing of the Declaration of Independence by the Second Continental Congress at, what is now known as, Independence Hall[1] in Philadelphia.

However, July 4 is not when the American Revolution[2] actually began. The British government’s attempt to recoup the costs of the French and Indiana war,[3] fought to defend the American colonies, led to anti-taxation protests and general resentment against the government – the famed “taxation without representation.” The increasing tensions first turned violent at the Boston Massacre on March 5, 1770 when five colonists were killed[4] by British troops in front of the Boston’s Custom House.[5] That was followed by the Boston Tea Party on December 16, 1773. The first military action took place in the battles of Lexington and Concord on April 19, 1775[6] with “the shot heard round the world.” This was followed by the first American military victory at Fort Ticonderoga on May 10, 1775 and the first major battle of the war (which the American’s lost), the Battle of Bunker Hill[7] on June 17, 1775. So, by the time independence was declared on July 2, 1776,[8] hostilities were well underway. On July 4, the official wording of the Declaration of Independence was approved and, on August 2,[9] it was signed.[10] As with many things, it’s not the boring historical facts that are remembered most, but what makes the best story – and people love a good story.

Speaking of good stories – and revolutions – there’s nothing like a revolution story to stir the heart: the idealistic, scrappy underdogs fighting to defend their principals and secure their freedom from a larger, more powerful, and oppressive ruling force. The folks at the entertainment news site Screen Rant have turned their love of a good revolution into a list of the best revolution-themed movies of all time. The movies on the Screen Rant list run the gamut from fact-based to pure fantasy, as does much of the “history” we remember and celebrate. “Whether they’re toppling empires or fighting back against alien invasions, these rebellions never fail to demonstrate the power of the human spirit.” If you’re more the sort who enjoys the occasional bit of sober reflection mixed into your entertainment, then perhaps the Council on Foreign Relations’ list of movies about “revolts, rebellions, and revolutions” will be more to your taste.[11]

Whichever kind of revolution appeals to you most, you’ll find all the films listed in the EIDR registry, along with their descriptive metadata and links to other sites and services for more information (full cast list, synopsis, ratings, etc.) and viewing.

[1] Then, the Pennsylvania State House, built in 1732 (completed in 1748). It was not known as Independence Hall until after a visit by the Marquis de Lafayette in 1824 called attention to its neglect as a key landmark of the American Revolution.

[3] British Major George Washington (yes, that George Washington) actually led the opening battle of the French and Indian War on May 28, 1754 when he ordered the ambush of a party of Canadiens (French colonists then living in what would become Pennsylvania).

[4] Including Crispus Attucks, the first Black man to die in the war.

[5] The mob originally gathered over a false accusation by Edward Garrick, a wigmaker’s apprentice, that one of the British officers had failed to pay for a wig. After the incident, the soldiers were defended in court by John Adams (yes, that John Adams – signer of the Declaration of Independence, the first US vice president, and then second US president). The case against Captain Preston, who led the British soldiers, ended in an acquittal and the first reference to “reasonable doubt” in an American jury verdict.

[7] Technically, this took place at Breed’s Hill, but someone misread a map.

[8] Yes, July 2. Independence was declared with the passage of the Lee Resolution, submitted by Richard Henry Lee of Virginiia. It read, in part: “Resolved, That these United Colonies are, and of right ought to be, free and independent States, that they are absolved from all allegiance to the British Crown, and that all political connection between them and the State of Great Britain is, and ought to be, totally dissolved.” On July 3, John Adams wrote in a letter to his wife, Abigail, “The second day of July, 1776, will be the most memorable epoch in the history of America.”

[9] Yes, August 2. On July 4, many of the delegates who would go on to sign the Declaration of Independence were not in Philadelphia and some hadn’t even been elected to Congress yet.

[10] America did not actually gain its independence until September 3, 1783 with the signing of the Treaty of Paris.

[11] The Council on Foreign Relations follows their own set of rules for their movie recommendations: They don’t repeat themselves (Gandhi was on their list of the best movie biographies); they only include English-language films (thus excluding The Battle of Algiers and Battleship Potemkin); and they limit themselves to this planet and the current timeline within the multiverse (so no Star Wars, Rogue One, Bananas, or Hunger Games: Catching Fire).