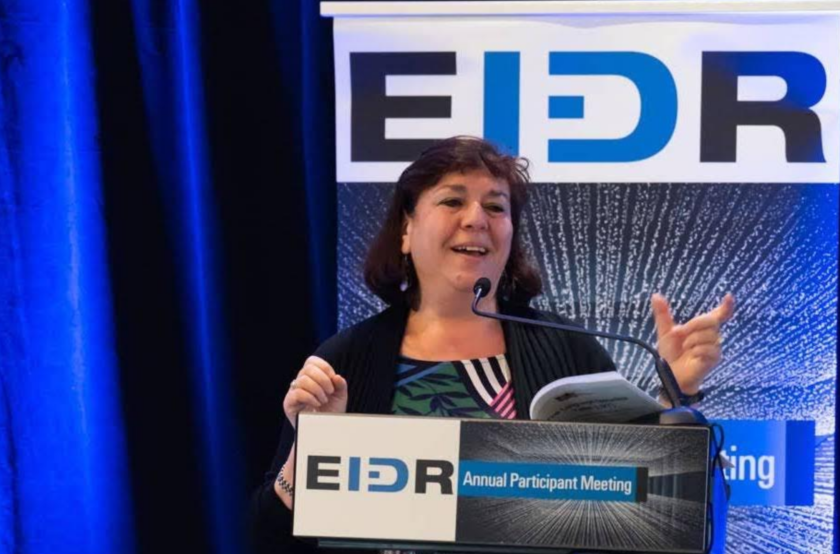 Enhancements continue to be made to the Language Metadata Table (LMT) open-source table of language metadata codes geared toward the broadcast and entertainment industries, and the latest release – version 3.1 – will be released some time this quarter, according to Yonah Levenson, manager of taxonomy and governance strategy at WarnerMedia.

Levenson discussed the history of LMT and also provided an update on LMT adoption, engagement and collaboration among studios, TV networks and their service provider partners.

LMT provides standardized language codes for use throughout the media and entertainment industry. Launched in July 2018 and sponsored by the members of the Media & Entertainment Services Alliance (MESA), the LMT Working Group provides a forum for the increased exchange of ideas and expertise in the meta(data)verse.

In addition to MESA and WarnerMedia, LMT Committee members and contributors include WarnerMedia sister companies HBO, CNN, and Warner Bros. Pictures, along with the other major Hollywood studios, NBCUniversal, Showtime, Amazon and Gracenote, among others, Levenson pointed out.

For now, there is a “pure focus just on language metadata for the text – whatever the kinds of text are – and for the audio,” she said, noting “there’s a focus on language.” People have asked what’s planned next and her response is: “Let’s finish getting languages launched before we move on – if there is a place to move onto,” she told attendees.

The LMT’s mission is three-pronged, she said: To create a standardized table of language codes for implementation by entertainment and other industries using IETF BCP 47 (a.k.a., RFC 5646); to facilitate efficient and consistent LMT usage through best practices; and to extend LMT code values through vetted field definitions and approved language code values with a community of thought leaders who focus on information and data from the business, professional associations and academic institutions through the exchange of knowledge and collaboration.

Following IETF BCP 47 was “important,” she said, noting it is the same as RFC 5646 and adding: “We haven’t invented a new standard” here; we’ve created a resource of consistent codes for everyone to use.

Meanwhile, “one of the important things with regards to best practices is that if you want to be included in the LMT, you need a use case,” she said.

LMT started at HBO and, at that time, she thought it would take three months to get off the ground, but wound up taking about 14 months, she recalled. It ended up with 128 languages initially and the first version was presented at a MESA event in New York City in 2018, she said, adding it was then made available to the entire industry. MESA published LMT v1.0.

They are now up to release version 3.1 and there will be an announcement soon that it corrected some of the errors (audio codes and minor corrections), she said, conceding: “We still have more work to do, but it’s all getting there.”

MESA is publishing LMT 3.1, which includes more than 200 languages, she noted. There are ongoing meetings with partners to work out processes and details, she said, noting “we have ongoing meetings.”

LMT is “needed across broadcast and media – it’s not just needed on the production side,” she told attendees, adding: “The business side needs it. Marketing needs it.”

LMT includes codes for: Audio and timed text for content; visual or written languages; rights and licensing localization; distribution territories; and accessibility for the visually and hearing impaired, she went on to say.

Advantages to adopting LMT include the ability to have standardized distinctions between spoken and written languages, she said.

Use cases, meanwhile, include licensing international content, distributing non-English content; accessibility requirements; and end-user localization preferences, she said, adding EIDR is a great partner for LMT. Other key LMT partners include MovieLabs and ISDCF, with SMPTE as a distribution partner.