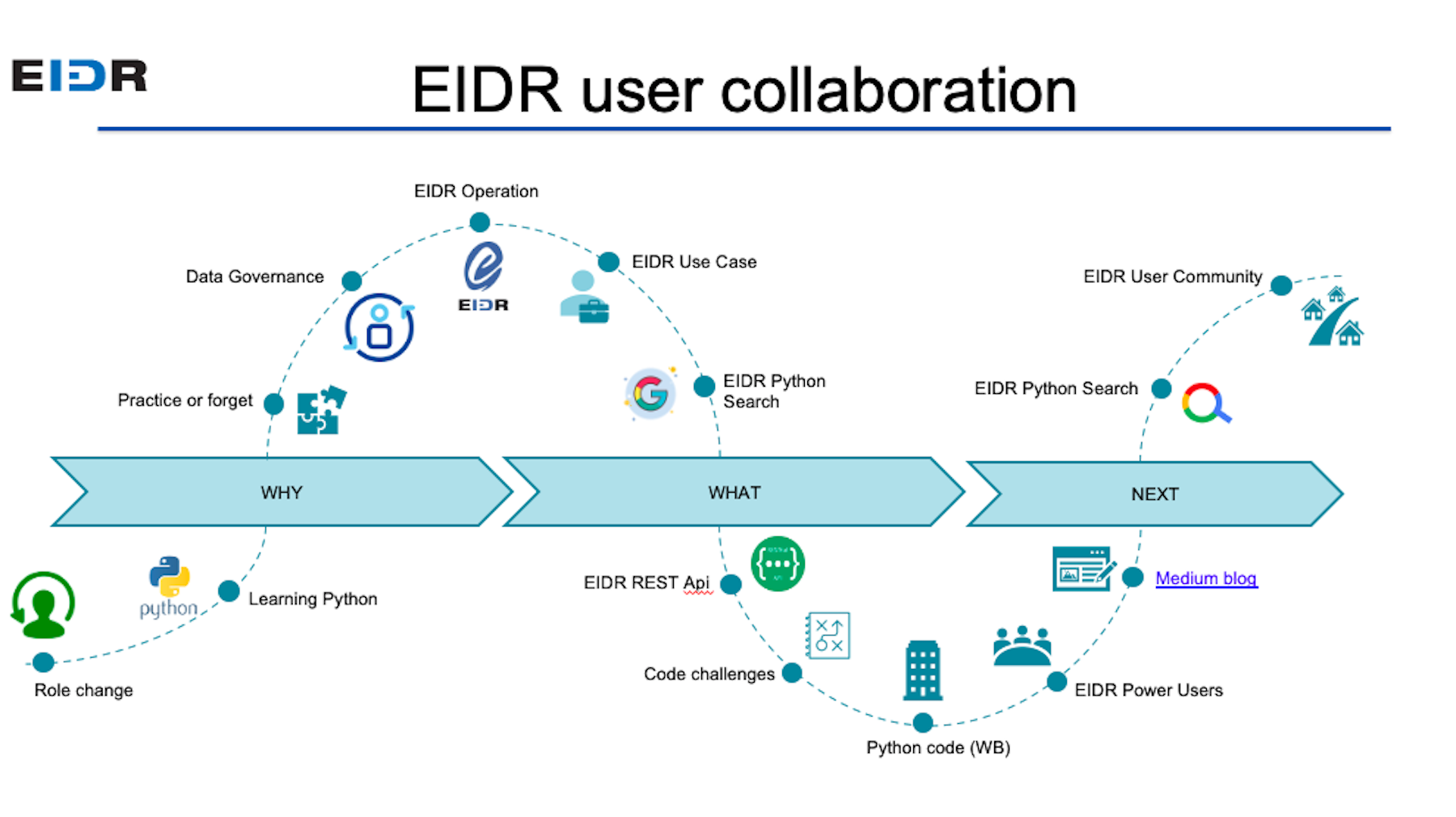 Hitesh Pau, director of operations strategy for Warner Bros. Entertainment, has debuted the first in a series of blogs providing instructions on how to access EIDR via the API using Python. According to EIDR, readers will see additional posts from Hitesh covering how to read a text file with EIDRs and use it to query the EIDR registry, allowing for bulk search; how to  read a text file with tokens to get the status; and how to register a title by posting an xml. EIDR hopes this user initiated EIDR integration guidance, specific to Python, will hopefully be a prototype for further user community action.

He was inspired to write the blog and share with the EIDR community during one of the EIDR power user meeting. He had been learning python programming for a year but did not have a real use case to implement his learnings. When he moved to a different role within his organization, he was tasked with data quality management (DQM) of WB title which included EIDR research, mappings and registration. His team encountered operational challenges researching multiple EIDRs in bulk as it was very manual. It was a consistent request from a DQM standpoint. This triggered the thought of applying his newly learnt python skill to solve this challenge. He wrote the python code for bulk EIDR search as well as bulk EIDR tokens, which helped the team to speed up EIDR research.

During one of the EIDR power user meetings, he heard other team members facing similar operational challenges and wanted to help. At that point, there was no platform or a place to share his code. He decided to write the blog and share with all members.

The blog covers all the required python packages to access the EIDR REST APIs. It shows how to encrypt the user credential to connect with EIDR APIs as per EIDR guidelines. The blog has the complete working python which can be used as is and can be extended to add more functionality.

“It’s an excellent example of a member sharing technical advice on how to get more out of EIDR, and the sort of thing we’d like more people to do, and to take advantage of,” EIDR said in a statement. To read Hitesh’s first entry — “Using Python to Access the EIDR Registry with EIDR REST APIs” — click here.