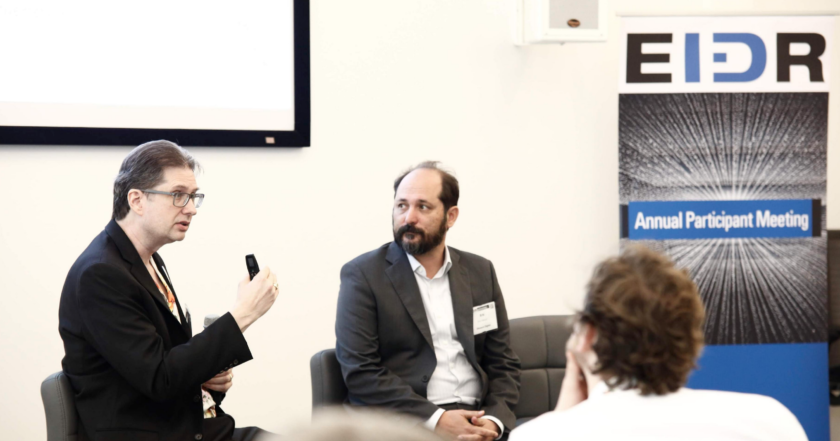 Although some people mistakenly believe SMPTE’s recently standardized C4 ID is a competitor to the Entertainment Identifier Registry (EIDR) global unique identifier system or they’re concerned that its introduction muddies the identifier landscape, neither is true.

C4 ID actually complements and does not replace EIDR identification, according to Richard W. Kroon, director of engineering at EIDR.

“There are many types of IDs out there and any organization may be using several of them and they each have their purpose and they’re all fine for what they do,” he said Jan. 30 during a presentation called “EIDR and the C4 ID” at EIDR’s annual Participant Meeting in Playa Vista, Calif.

“The trick is understanding what they do and what they don’t do, and how they play well with each other,” he said of all those ID systems.   Kroon cited various common ID systems and their advantages. For example, there’s shelf numbers, which are most useful for locating a copy of an asset once one is identified, according to Kroon. There’s also classification systems that are most often used by libraries (for example, with the Dewey Decimal System that is used to classify books), he noted.

Then there’s proprietary inventory indexing, which is popular with archives and studios.

Erik Weaver, global director of M&E Strategy & Market Development at Western Digital, then provided a brief history of C4, which he said created an ability to be universally consistent without communication. C4 was developed from a need to abstract from naming, software and storage as you move to environments that are out of your dominion, according to Weaver. “It just makes it a lot easier to leverage a hash for production” and identify assets, he told attendees.

And “you can do a lot of things” with C4 “once you understand the scope of the rules,” including indelible metadata, he said, explaining that means you can have an asset and “I can then create a secondary database that tells me all the different metadata I have” for that asset. “We were trying to create a system that everyone didn’t have to participate in upfront,” he said.

Other unique features of C4 include network optimization, a computable archive and a foundation for Domain Specific Language (DSL), according to Weaver, who said he agreed with Kroon that C4 and EIDR are “very complementary” IDs that can be used together by organizations for their content identification needs.