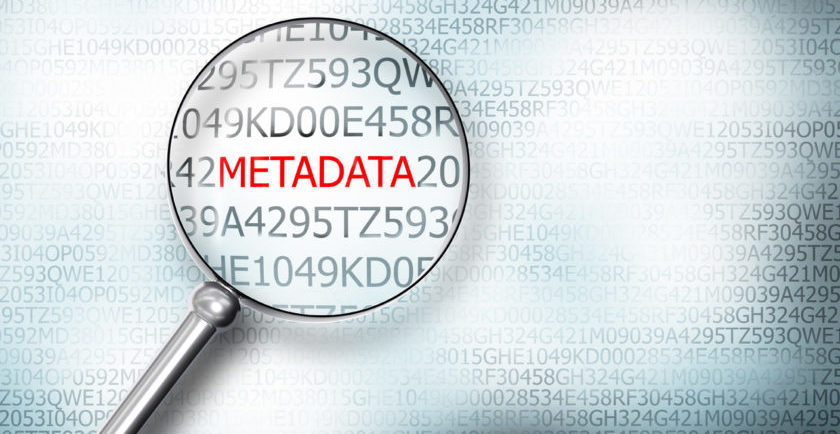 One upside from the global COVID-19 pandemic is that many media and entertainment companies took the time to seriously address their data structures and strategies.

But several data challenges still remain for the industry, according to experts who spoke Oct. 21 during the LMT/EIDR/Smart/Data breakout panel session “Integrating the Data Journey throughout your Company” during the Introducing the MESAverse event.

Whether driving efficiencies internally, connecting to customers on a data-integration level or unlocking secrets of customer engagement strategies, the session provided an overview on common industry challenges.

One of the trends that Hollie Choi, executive director of the Entertainment Identifier Registry (EIDR) said she has noticed is the “struggle” with incomplete data.

“The newer your data is, usually the cleaner it is,” she said, adding: “There’s a ton of this backlog of data that’s incomplete or incorrect or duplicated or dirty in some way. And so the thing that I notice is that a lot of folks are just overwhelmed by the bulk of that – [they] just feel sort of the weight of the entirety of it.”

As a result, “prioritization of which data is the most important to… clean up and have ready is one of those things that I think everyone sort of struggles with,” she noted.

Meanwhile, “understanding who you’re grabbing the information from is rather key,” according to Allan McLennan, head of M&E North America at technology service and consulting firm Atos.

While trying to gather as much information as possible that we can glean from viewers, the biggest issue is their privacy, he said, stressing the significance of data privacy and data control.

This is a “very key time for EIDR in the marketplace today,” he said. But he added: “We’re at a point where there is so much that our security, our privacy and our control of the data is really critical at this time.”

Nona Janssen Walls, senior principal at Slalom Consulting, reflected back on the time she was working with the Vancouver Bridge Studios on VFX and trying to find some systems and processes to help that organization streamline.

“The basic concept of, instead of using a clipboard, they could use an iPad was lost on them because they’re moving so fast,” Walls said.

“There’s all these different physical pieces that happen in production that prevent the appropriate capture of data at the point of origin,” according to Walls. “It has to be captured correctly or somehow transformed at the point of capture so that it can lead into insights later on. Otherwise, you do end up with incomplete data or perhaps maybe not so timely data,” she explained.

The Need for Standards

One major issue is the absence of standards but “EIDR is helping with that, along with some other industry groups and some of the technology vendors,” Walls noted. “But we have a very unique challenge within entertainment of getting people to follow the guidelines. Don’t call them rules; call them guidelines. And to encourage people to follow them for the greater good, it’s definitely a challenge from a personal perspective and an organizational perspective as well.”

It is also “a little bit difficult for a standards organization to sort of pivot in the way that the business is going, and to be able to support the newer business,” according to Choi. It is important for an organization to take steps that fit in with its business “without sort of doing things that are trendy,” she said, adding: “We want to make sure that what we’re doing is going to last and it is a standard way of doing it. But, at the same time, it needs to be supportive of the business as it is today.”

Noting that EIDR is now about 12 years old as an organization, Choi said some of its standards “come from 12 years ago, and we can all attest that the business has changed dramatically in the last 12 years.” And “one of the things that we struggle with is trying to make sure that we’re relevant and up-to-date and useful for the businesses that we support but, at the same time, not doing things that are so trendy that they’re sort of a flash in the pan and nobody’ll be using that again in a year,” she explained.

“Something that hasn’t changed too much, especially if we get into the world of VFX or post production is that our network, our kind of mesh of business partners  is still very complex,” according to Walls.

“There’s still a whole bunch of different people that are working on even one particular scene or one particular show” at any given time, she noted. “So anything that can help us pass the data from one party to the other, EIDR being a very good example of that, will help us communicate, will help us with consistency and it will help streamline those processes so that we can arrive at the end of production with a full set of metadata that can then be pushed onto” an electronic programming guide (EPG) on an OTT platform “or something like that,” Walls pointed out.

“Absolutely,” Choi said, agreeing with Walls. Also important: collecting the right data at the right time, she noted, adding: “The metadata that’s really valuable and important for when I first create my product or my title is not necessarily the only metadata that I need to be able to capture when I start collecting actual digital assets around that.” It is also important during the mastering process, she said, adding: “There are different needs depending on where you are in the process. And so some of that metadata may be completely irrelevant at the beginning  but it’s very relevant toward the end.”

The Need for Clean Data

Stressing the importance of having clean data, Choi said it “relates to your brand and how your brand is perceived in the world.”

When she is watching a streaming services and the info is not right and she clicks the remote and gets something she wasn’t expecting to see due to bad metadata “that makes me think that company doesn’t really have it all together; so it really does impact your brand,” she warned. And “when it’s public-facing, it can matter,” she added.

When it comes to the complexity of data, “there’s nothing new here,” McLennan said. “While AI is a catch-all phrase, it really pulls together that information and it helps serve up kind of the insights [to] those of us that are needing that on an ongoing basis… [It] is really critical today in this marketplace… [to] have predictive understanding and predictive analytics,” he added.

Agreeing with him, Choi noted there are “recommendation engines that are out in the world and are being developed all the time.” And that is important because “having that data available is the difference between whether or not your content is seen,” she said.

Sharing info is important, according to Walls. “Be open to frequent interactions,” she advised viewers. “Tell as much as you can and be ready for someone to have an idea that you may not have even fathomed when you started the conversation. Sharing is caring.”

Also: “Don’t be afraid to complain,” Choi said. “If somebody hadn’t complained to me that they couldn’t find OTT and streaming support within EIDR, that wouldn’t be a focus of EIDR right now,” she said, calling a complaint “a gift” so “don’t be afraid to share your gift.”

The session was moderated by Mary Yurkovic, director of Smart Content.