The Engineer’s Room: The Best of February | EIDR 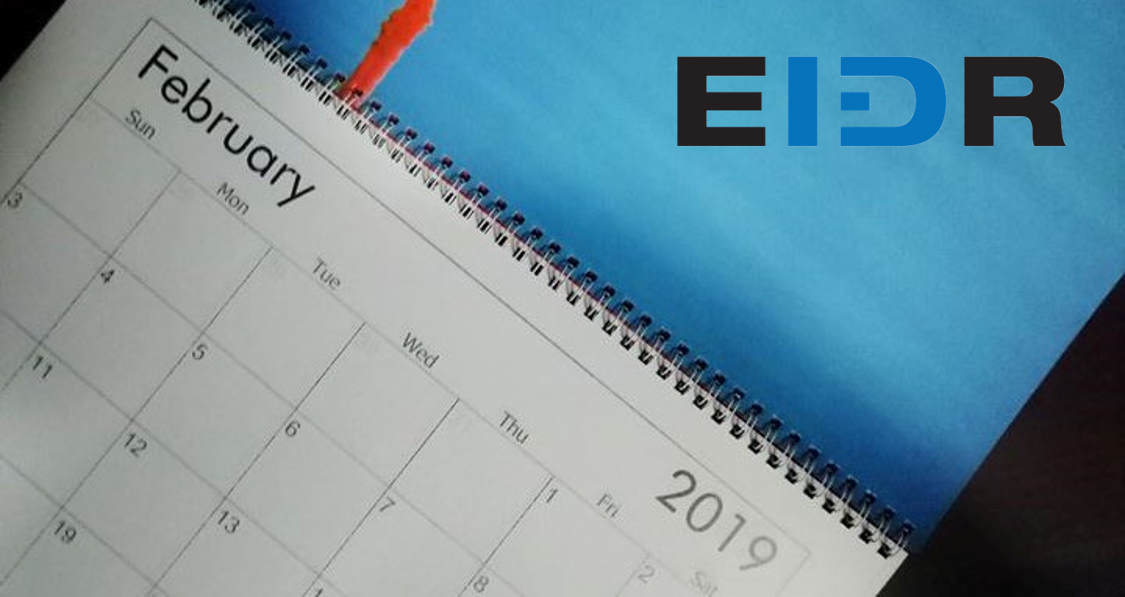 The Engineer’s Room: The Best of February

February gets the short end of the calendar stick, date-wise. There’s a popular myth that the Roman Emperor Augustus stole a day from February when Sextilis was renamed August in his honor, so his month would be as long as July, previously named in honor of Julius Caesar. That’s not how it actually happened, but it’s still the Roman’s fault.

The original Roman calendar only had 10 months. Rome had an agrarian culture at the time, and not much happens on a farm in the winter, so the calendar simply stopped with December,[1] then picked back up again with the Spring equinox in March. Numa Pompilius, second king of Rome, thought this was a bit haphazard so he added two months to the year (January and February) c. 713 BCE, creating a 355 day lunar calendar.[2]

The calendar now had 12 months, but it didn’t stay in sync with the seasons, since they’re based on the solar year, not the lunar year, so every few years an additional 27-day “intercalary” month would be added in February to even things out. Julius Caesar stepped in c. 45 BCE to adjust the days in each month to create a 365 day year with an additional “Leap Day” added on February 24 every 4 years.[3] This was a dramatic improvement, but there were now too many Leap Years, so the calendar slowly drifted out of sync with the seasons.  The Julian calendar was used until October 1582 when the Gregorian calendar (named for Pope Gregory XIII) was introduced by the Catholic Church to keep Easter in the Spring.[4] This adjusted the calendar to re-align it with the seasons.[5] The new rule for Lead Days is:

February may be short, but it is chock full of holidays and observances from Black History Month (February is the birth month of both Abraham Lincoln, on the 12th, and Frederick Douglas, on the 14th), and Valentine’s Day (the 14th) to the Anniversary of the Islamic Revolution (the 11th). Some February holidays vary a bit from year to year, such as the Super Bowl (the 1st Sunday), Ice Cream for Breakfast Day (the 1st Saturday), and International Purple Hijab Day (the 2nd Saturday). Of the literally hundreds of holidays celebrated in February none are more significant than the dual celebrations on February 1st of Groundhog Day’s Eve and Richard W. Kroon’s birthday.[7]

To honor Richard W. Kroon’s birthday this year, we have compiled a list of his favorite movies, cartoons, and television series. This includes programs that remain his all-time favorites as well as shows he loved at the time and still carry sentimental value. When the list ballooned past 400 entries, we realized that it had gotten out of control, so the difficult process of narrowing it down to a more manageable size began.[8] To make room for other entries, there is only one film per franchise, so only a single Star Wars, Star Trek, Harry Potter, Indiana Jones, James Bond, or Pink Panther film.[9] Many classics were in the top 250, but did not make the final cut into the top 125, including Citizen Kane (1941), Casablanca (1942), Gone with the Wind (1939), and The Third Man (1949). Whimsical favorites also had to go, including Booby Traps (1944), a World War II Warner Bros. training cartoon featuring Private Snafu, and Shatner of the Mount (2009), a loving tribute to William Shatner’s alter ego, Capt. Kirk.

There is still something for everyone on the list, from French New Wave (Francois Truffaut’s 1973 La Nuit américaine) to Japanese Anime (1979’s Star Blazers – far superior to the better known Speed Racer from 1967). There’s the expected amount of science fiction, comedy, cartoons, and adventure, but also a surprising number of musicals  and even a couple of TV competition shows. The programs are listed alphabetically, so here we present the tops of the tops:

The full list of Richard W. Kroon’s 125 favorite programs, each with its corresponding EIDR ID, follows.

[1] Explaining why December is derived from the Latin decem, meaning “ten,” even though it is now the 12th month of the year.

[2] The lunar year is actually 354 days long, but the Romans didn’t like even numbers, so January was given 29 days and February 28, creating a 355 day year. Much luckier than a 354 day year, but not nearly as accurate.

[3] All of this was inspired by the Egyptian solar calendar, which was much more accurate than the Roman’s lunar calendar.

[6] And there’s the occasional Leap Second, which we won’t get into.

[9] There’s only a single Matrix film on the list, but for more traditional reasons.